The emergence and reemergence of pathogenic microorganisms has become a matter of significant concern to the medical community. Research in my laboratory is centered on the genus Bartonella, a group of Gram-negative bacilli which have recently attracted the attention of those interested in human diseases. Bartonella henselae was first identified about a decade ago in lesions of AIDS patients and other immunocompromised individuals. Subsequently, it was found to be the agent responsible for Cat Scratch Disease, a debilitating fever that affects up to 22,000 Americans per year. Bartonella bacilliformis is the causative agent of human bartonellosis, a disease endemic to the Andes region of South America. Bartonellosis is characterized by an acute phase resulting in severe hemolytic anemia followed by a secondary phase producing nodules on the skin and internal organs. If untreated, bartonellosis has a fatality rate of 80-90%. Bartonella quintana causes Trench Fever, a condition that was a significant problem for soldiers during World War I and has recently reappeared among urban homeless populations.

The focus of our research is the molecular characterization of Bartonella species. Our ultimate objectives are: 1) to determine the molecular basis for pathogenesis by these organisms, and 2) to develop tests for the species-specific diagnosis of bartonella infections. As a first step toward these goals, we isolated several immunoreactive clones from a genomic library of B. bacilliformis by screening the library with serum from a bartonellosis patient. We found that one of these clones codes for a homolog of FtsZ, a cell division protein that is highly conserved among prokaryotes. The FtsZ protein from B. bacilliformis is about twice the size of the homologs from most other bacteria, containing a unique C-terminal region that is responsible for the immunoreactive properties of the protein. We subsequently cloned and characterized the ftsZ genes from B. henselae and B. quintana and found that these genes also code for an extended sequence at the C-terminal end. The FtsZ proteins from the three bartonella strains exhibit a high degree of sequence identity (81-83%), with most of the sequence divergence localized to the C-terminal half of the proteins. By designing oligonucleotides and synthetic peptides corresponding the regions of highest sequence divergence, we have developed PCR- and serologically-based diagnostic tests that accurately and efficiently distinguish among the different bartonella species. 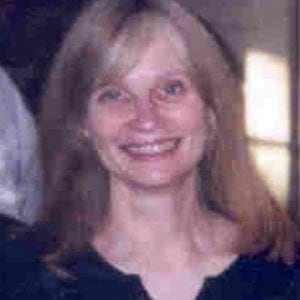