Gaucher was guided in biochemistry by Peter Tipton and Bayesian Theory by George Smith. Gaucher subsequently earned his Ph.D. from the University of Florida under the tutelage of Steve Benner and Michael Miyamoto.[1] Gaucher received the Walter M. Fitch Award from the Society for Molecular Biology and Evolution for his graduate work.[2] He then did postdoctoral work with NASA's Astrobiology Institute in conjunction with a National Research Council Fellowship. After the two-year fellowship, Gaucher served as President of the Foundation for Applied Molecular Evolution.

Gaucher was hired as an Associate Professor by the Georgia Institute of Technology in 2008 [1][3][4] The Gaucher group conducts basic and applied research at the interface of molecular evolution and synthetic biology. As of February 2016, his h-index, as calculated by Google Scholar, is 25.[5]

Gaucher is also the founder and president of the early-stage biotechnology company General Genomics. His company exploits novel platforms to engineer proteins for the biomedical and industrial sectors. 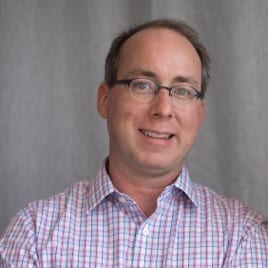