Nerve cells (neurons) provide a rapid communications network that is responsible for producing behavior. The networks are functionally analogous to the electronic circuits within a computer. Nervous systems, like computers, rely on their components to b e precisely connected. Developing neurons send out cellular processes that distinguish between appropriate and inappropriate targets and form precise connections (a process termed target specificity). The goal of my laboratory's research is to understand the genetic and molecular basis for this specificity. A small, free-living nematode, Caenorhabditis elegans, is particularly well suited for studying this question.

Research on C. elegans has provided an exceptionally detailed description of the structure of the animals's nervous system. Both the synaptic connectivity and the lineal origin of the 302 neurons in the adult are known. This description serves as a foundation for studies investigating the genetic control of neuronal development. A number of mutations exist that disrupt either the production or the differentiation of the neurons. The methodology now exists for performing sophisticated cellular, genetic an molecular analyses of these genes and their products.

We are currently studying two sets of motorneurons involved in locomotion. One set is born and differentiates before the animal hatches and ultimately innervates dorsal muscle. The second set is born after the animal hatches and innervates ventral muscle. In spite of these differences the two sets of motorneurons share many features and appear to be produced by very similar genetic programs. Currently, 20 genes are known that when mutated, cause identical changes in both neuron classes. Only one gene is known that specifically affects one of these two motorneuronal classes. Interestingly, mutations in this gene cause the late-arising neurons to become identical to the early-arising set (i.e., they innervate dorsal instead of ventral muscle). Insight into how the product of this gene diverts the target specificity of an entire class of motorneurons will be gained by cloning and sequencing the gene. A complete genetic characterization will allow the determination of when (at what developmental stage ) and where (what cells) the gene is expressed as well as the identification of other genes involved in the differentiation of these two sets of neurons. Light and electron microscopy techniques are being used to compare the morphological development of the motorneurons in the mutant with that of the wild-type animal.

In C. elegans, individual neurons arise from precise lineages and express unique combinations of differentiated characteristics. We are attempting to exploit this to understand the "genetic blueprint" responsible for neural specificity. 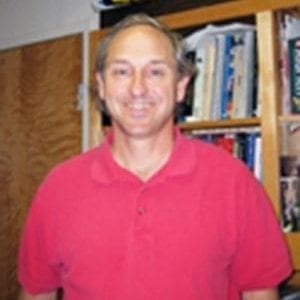